ATTN: No uncles or parents were harmed in the telling of this origin story...

Just as every Superhero has an origin story, every company, big or small, starts out with a purpose. Sometimes it's to fill a niche, other times it's to pursue a passion. Sometimes it's just because somebody needs to pay their bills and they don't want to work for someone else. Black & Yellow apparel most definitely falls under the passion category. My name is Matt and I grew up in a little suburb outside of Pittsburgh called North Versailles. Yes, I was raised a typical yinzer. My dad screamed at the TV every Sunday, We went to Kennywood once a summer, and my mom always told me to "red up" my room.

My western Pennsylvanian sensibilities aside, making graphic tee-shirts has always been something I've been interested in ever since I was a teenager. Being a musician and artist myself, I've always taken my t-shirts seriously. My interest started with collecting metal band shirts when I was young. Large powerful imagery that represented my favorite artists like Guns 'n roses, Metallica, and ACDC. Later, my interest blossomed into a full blown obsession in the late 90's with an LA based brand called "Serial Killer." Their line was little more than silly slogans with pictures of copyrighted material from iconic movies and TV shows. It was simple, edgy, and I absolutely loved it. I remember going to the local head shop every week to see if they got more serial killer shirts in. I even tried my own hand at making knock off shirts with an iron-on kit I bought at Wal-mart. In fact, my very first hands on experience with Adobe Photoshop was learning how to make imitation serial killer shirts in the late 90's. I’ll never forget the pride I had when some guy saw my knockoff design and said “Cool shirt, where did you get it?” (FYI, I didn't sell these immitation shirts to anyone. I'm not a hack. I made them for my own use.)

Some of my early favorites :-) 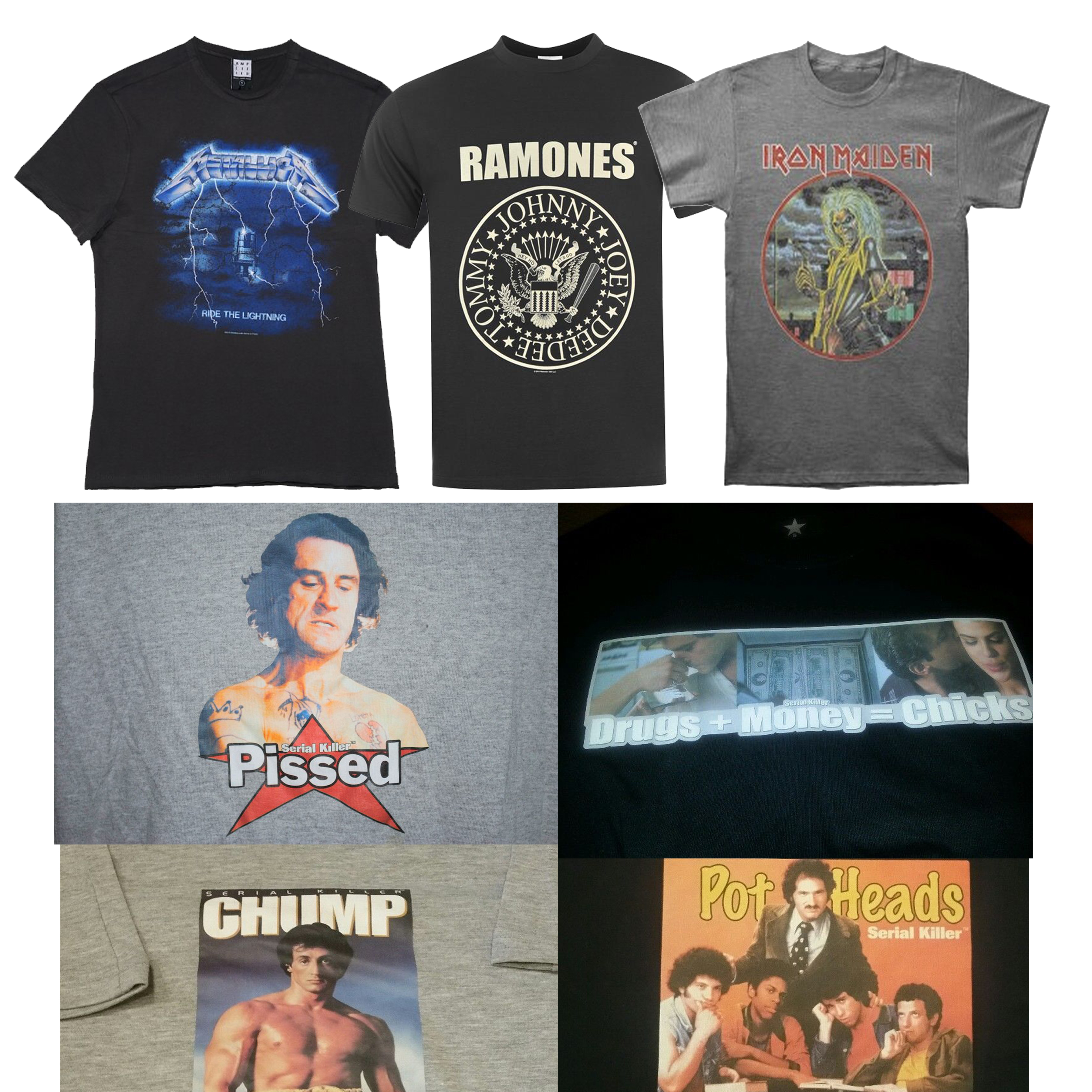 As much fun as being a bedroom bootlegger was, I put my t-shirt design aspirations on hold for over a decade. As I branched out with other creative ventures such as writing an album of electronic music (my first love), starting a blog, and producing backing beats and remixes for hiphop artists, I watched as other local folks tried their hand at making their own t-shirts companies based around Pittsburgh culture. My interest was certainly piqued. However, while the other guys certainly were doing it before us, I don't feel any of them really successfully made a Pittsburgh brand, per se. Yes, they are "brands" based in Pittsburgh but they don't seem to really understand what makes a brand valuable. Funny slogans and "Pittsburghese" slang isn't exactly my cup of tea. Pittsburgh deserved more, and I knew it. The city needed a real brand; like the brands I used to obsess over as a kid. Necessity is truly the mother of invention. With an idea on what I wanted the brand to be, I set out to make my vision a reality.

Now, as far as modern t-shirt design goes, I like basic crest designs or chest centered logos. While the little metal head in me still loves the super intricate, giant graphics from the back in the day, times and styles have changed. I wanted to keep the icons and branding of my company basic but powerful. I wanted to give Pittsburgh a street wear brand. Street wear, at least in my mind, is built around brand logos and icons. My clothing line needed a concept for a logo. To explain how I created the idea for our main logo, the Skyline Skull, I'm going to once again go back to my childhood. (cue dreamy harp music for flashback scene)

So there's a t-shirt that's been going around the Burgh for as long as I can remember. You don't see it often because it's just a bootleg. It's a (highly illegal) mashup between the grateful dead skull and the Steelers logo. It's blatant copyright infringement and it's unlawful to sell but I always thought it was a cool concept; Pittsburgh being represented by a skull. Unfortunately, the grateful dead logo isn't exactly the coolest skull logo out there so I never actually wore one. I always remembered it, though. Looking back I realize the design doesn’t really have a meaning at all. It’s just a joining of two recognizable logos in a sad attempt at a cash grab. The idea that “Pittsburgh deserves better” became more and more impressed on my brain. 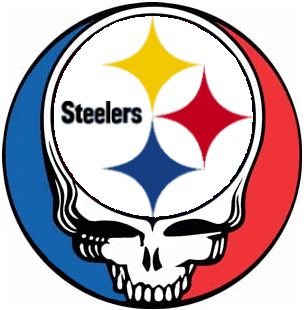 With the skull concept that was floating around in my head for years, and my desire to form a street wear brand for Pittsburgh,I asked myself, "If I were to make a real  Pittsburgh skull, what would it look like and what would it represent?" It knew it should be strong and angular in design but not too aggressive looking. It should represent death but not evil. Death means finality to most people, so a Pittsburgh Skull would mean you represent Pittsburgh until your death. Suddenly, the picture started to get clearer. Our concept should be based around “Undying loyalty to Pittsburgh.” With the company slogan in tact, now came the real challenge; designing the actual logo. Well, as you probably can imagine, there were several uhh “rough drafts.” Maybe one day, I'll post some of them in a blog but to be perfectly honest, I'm a bit embarrassed by their crudeness. Anyway, the initial attempts at the perfect skull aren't as important as what happened next. As I was manipulating one of my original skull designs, I noticed the teeth were starting to look like skyscrapers to me. Now, in the real world, this phenomena is called "pareidolia" which is described as "seeing recognizable patterns in random data." Ya know those people that claim to see the face of Jesus in the clouds? Yeah, that's pareidolia. Regardless of how my brain made this connection, it hit me like a lightning bolt. What if theses building shapes I'm seeing makeup the skyline of Pittsburgh? Boom! The idea took shape instantly. The company was formed in that very moment and our unique icon was born. The logo has the city of Pittsburgh built into the teeth. That  is precisely what makes our logo Pittsburgh. It's not the Steel diamonds at all. In fact, the only reason some of our skull designs have the diamonds is to sort of pay homage to the original concept. Our skull doesn't need the steel diamonds to represent Pittsburgh. It IS Pittsburgh. While BLKYLO owns the trademark on the Skyline Skull, the real owners are the people of Pittsburgh. The Skull is dedicated to everyone who lives, or has lived in Pittsburgh, PA. Every stitch of clothing we sell has the skulll icon somewhere on it, even if it's just the tag. It's the cornerstone of our entire brand and the meaning behind the "Undying loyalty" slogan.

For now, thank you for reading this; our first company blog entry and our origin story. I wish it ended with us getting super powers like certain other origin stories, but for now, we'll keep striving to be working class heroes for the city of Pittsburgh. That's good enough for us.